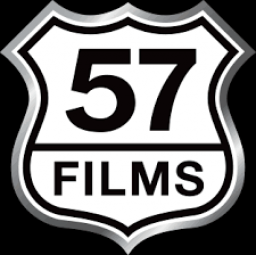 Stunning scenery and iconic locations from across the Mid Murray Council district will star in a new
television movie being filmed locally during February, with the finished film set for international
audiences.
The German film production company Schiwago Film GmbH has partnered with Adelaide-based 57 Films
to produce the 90-minute film, Barefoot Through Australia (working title).
Filming has been underway at locations across the Mid Murray since the beginning of February 2020,
using some of the district’s most picturesque backdrops. Much of the filming will take place on private
property including a citrus property at Morgan, the Punyelroo Caves, a quarry scene at Cowirra, on board
a paddle steamer near the Caloote cliffs and on local roads.
However, the community will have a rare chance to see the shoot in action at Mary Ann Reserve in
Mannum this week. Filming is planned for on-river scenes at Mannum and at the Crawford Crescent
Lookout during the week commencing 8 February 2020.
Mid Murray Council Chief Executive Ben Scales said the shoot was a unique opportunity to showcase the
region’s spectacular environment to international viewers.
“This is a fantastic opportunity to highlight some of the best of our beautiful Murray River environment,
heritage and lifestyle to television audiences throughout Europe,” he says.
“This level of international exposure has the potential to raise international interest in our region, which
could well translate into economic benefits for our visitor economy.
“Council is working closely with the film’s production team to facilitate access to local sites during
production. We’re also encouraging residents who want a rare behind-the-scenes glimpse into movie
production to come down to Mary Ann Reserve next week and have a look.
“While filming is underway, some temporary access restrictions may be in place, so we are asking locals to
be patient and respect the crews while they’re at work.”
Barefoot Through Australia tells the story of jet-setting hotel developer Svenja and her headstrong
teenage daughter Kira. Combining family drama and an adventure along the mighty Murray River into the
desert heart of Australia, the film follows the characters as their journey of self-discovery quickly becomes
a race for survival.
Similar television movies created by Schiwago Film in the River of Life series reached an average audience
of 4.45 million viewers when aired on German broadcaster ZDF – with millions more tuning in to watch in
other countries when the series was distributed globally.
The filming schedule will also take production into the Barossa, Adelaide and South Australian Outback.