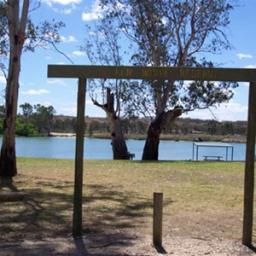 A $500,000 revamp of Swan Reach’s popular Len White Reserve to enhance its usability and amenity for visitors and locals has been fast-tracked with an injection of funding from the Federal Government. The $224,970 Building Better Regions Fund – Infrastructure Projects Stream grant was announced earlier this month, giving the green light to the development of stages 1 and 2 of the reserve’s revitalisation. Mid Murray Council recently adopted the Swan Reach Riverfront and Len White Reserve Masterplan after extensive community consultation, and will also contribute $274,963 towards the initial stages of the project. The first two stages include the construction of new shared paths and picnic areas, new entry signage to encourage visitors to discover the reserve, new signage and landscaping. Mid Murray Mayor Dave Burgess said the grant would allow Council to deliver the project sooner than expected, and on a larger scale initially. “Our community is excited to welcome this grant and to begin the upgrading of Len White Reserve,” Mayor Burgess says. “We are grateful to the Federal Government and our local Member for Barker, Tony Pasin, for their continued support of our district, which has given us the opportunity to begin these works soon, and progress them further than we could have initially on our own. “This project will deliver a substantial benefit not only to the Swan Reach community, but to our wider district with the development of new and improved recreation facilities that will make this popular reserve a destination in its own right for locals and for the many visitors who come to our area to relax and enjoy the river lifestyle. “This, in turn, will add to our tourism offering, providing a new reason for people to explore our spectacular stretch of the Murray River, along with economic benefits as they support our local businesses.” Council has also received $20,000 through the Building Better Regions Fund – Community Investments Scheme to develop a tourism strategy to leverage the newly declared River Murray International Dark Sky Reserve. “Locals have long known that the night sky over the Mid Murray is one of the most spectacular,” Mayor Burgess says. “Now that it is protected from light pollution and recognised internationally with the declaration of the River Murray International Dark Sky Reserve, we want to share the secret of one of our brightest attractions with the world. “This grant will assist us in the development of a plan to best promote the stunning night-time viewing in our district to astronomers, astro-photographers and potential visitors across the globe, creating new tourism opportunities for our area